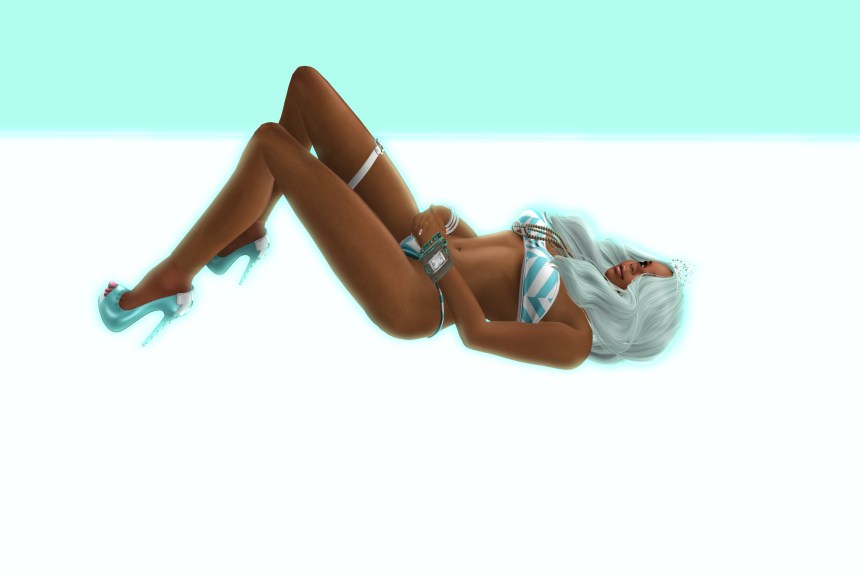 I recently posted my thoughts on SLink’s new Physique Mesh body and came to the conclusion that I would wait until I could finally get the exact mesh body I have yearned for….

Quite a few people got in touch saying maybe the critique would be a bit fairer if I’d actually bought a ‘Physique’ body and tried one out. So that’s what I’ve done. I bought one, tested it out and will probably do another post on the ‘Mesh Project’ avatar body and the ‘Wowmeh’ mesh avatar if that ever comes back from its DCMA.

My thoughts on the pros and cons of this particular mesh body follow the video which I created to better show and test Physique. However, I am no machina maker and although the dance routine looks super HD, crisp and glossy on my Mac, sadly it looks a bit grainy, fuzzy and low frame-ratey on youtube. So, apologies in advance about the quality. I now realise that a career as a video maker does not beckon but set the video to HD on youtube and watch the subtle body physics plus the super taut thighs and buttocks 🙂

These are simply my personal thoughts and opinions as I know that there are already a million diehard Physique devotees. I always feel reluctant/naturally wary of jumping onto the latest fashion band wagon so my thoughts are based on what I would ultimately like to see from a mesh body.

Having now bought the thing I have to say that my views overall have not changed. It is a nicely made product from a quality SL designer but for me it is simply a good occasional, alternative body, not vastly different to the default model (although smoother and less angular).  It is not a game changer in so far as everyone will ditch the default avatar ( I won’t) but it will definitely help to usher in further improvements.

I will wait patiently for those further improvements and honestly, I will be so thrilled when it finally does show up!

See nwn for some more interesting comments on Physique